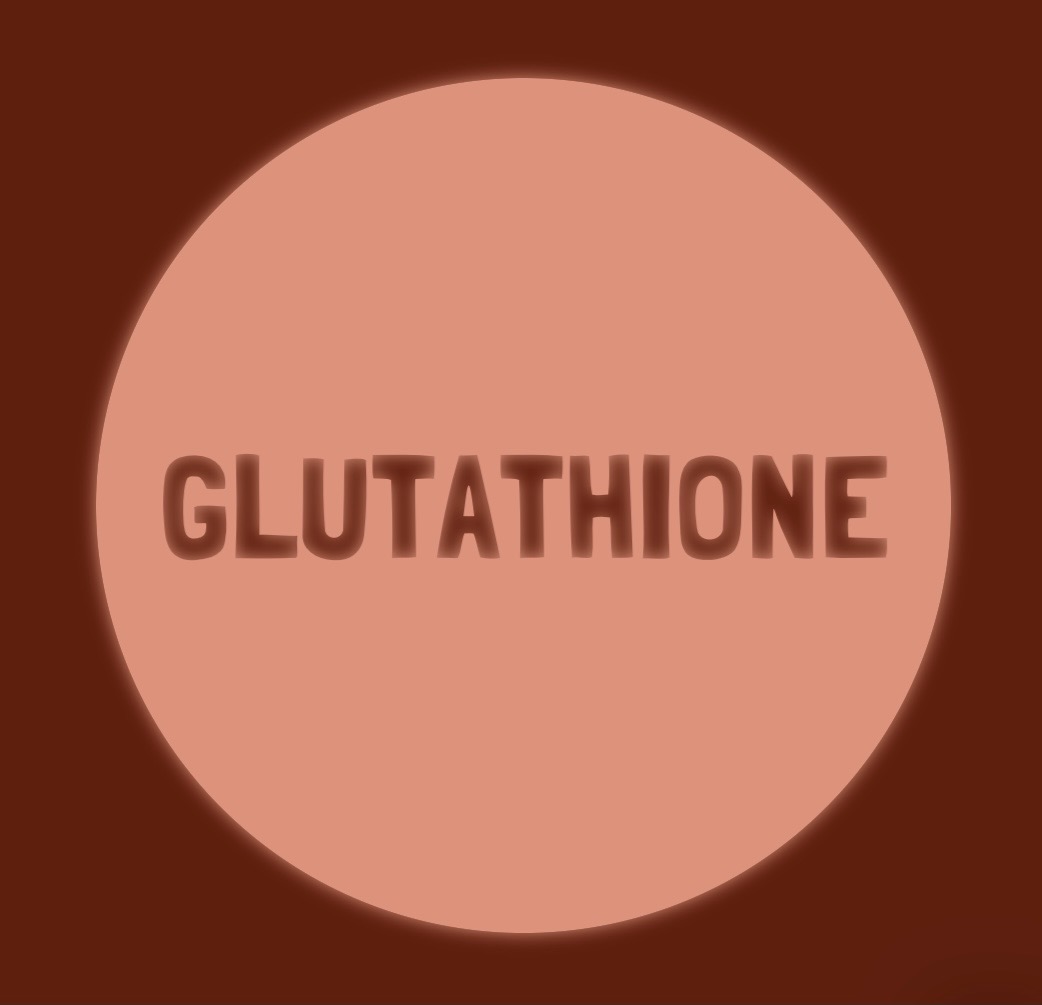 Glutathione is an antioxidant produced by cells in the body. It’s comprised largely of three amino acids: glutamine, glycine, and cysteine. 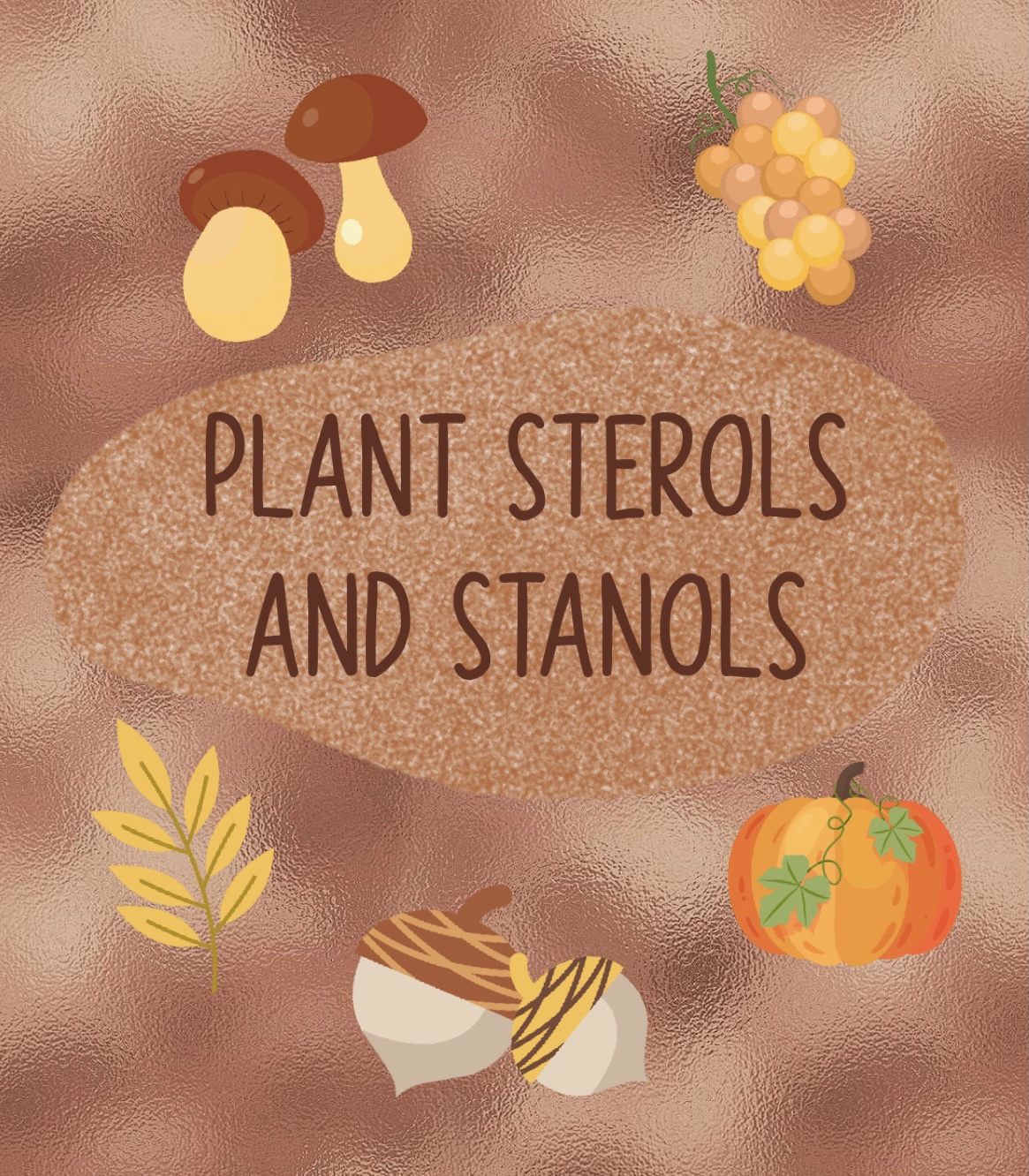 Plant sterols and stanols are a group of substances made in plants that resemble cholesterol. 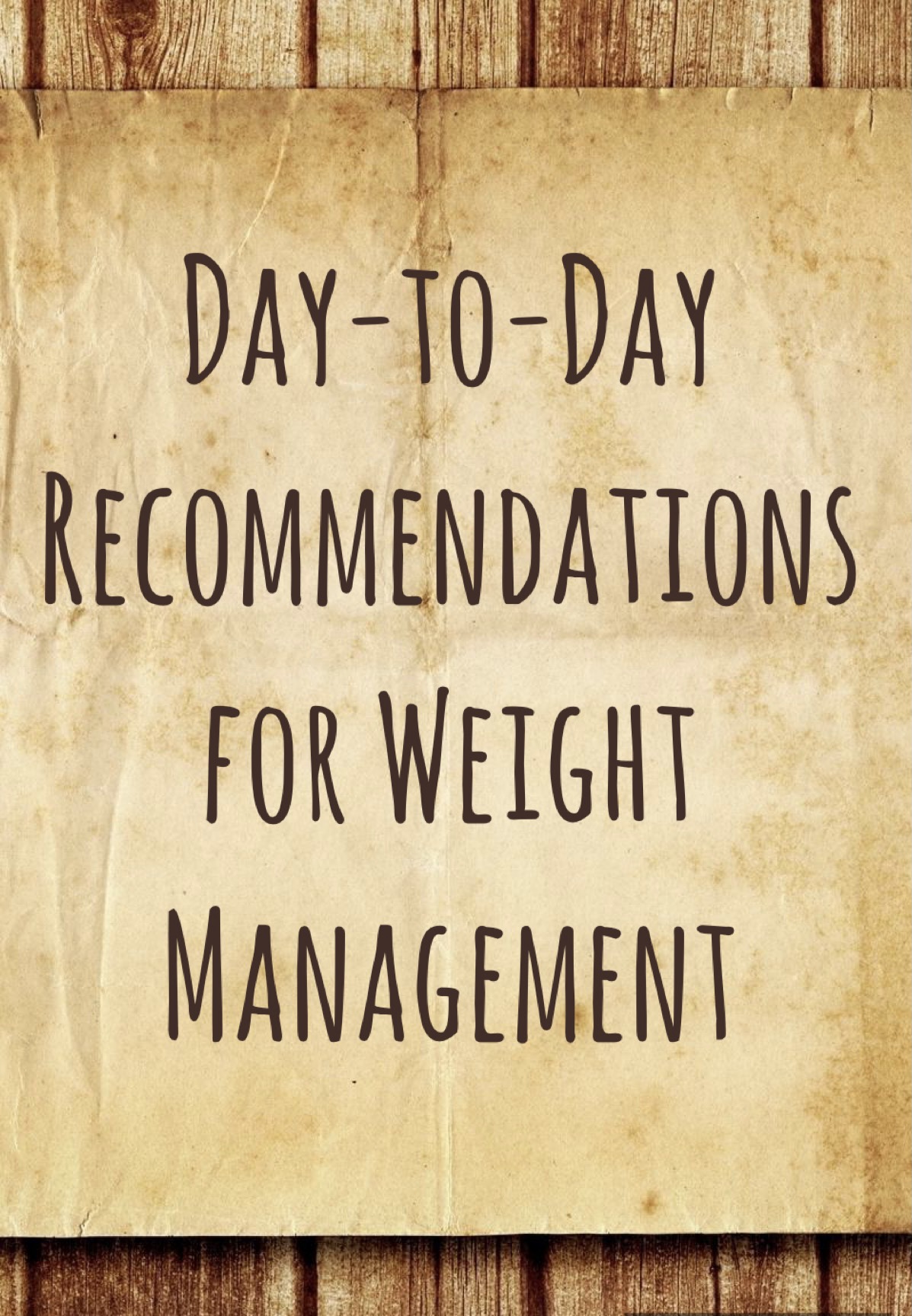 Fad diets tend to be restrictive or complex. The reason they often work short -erm is that they eliminate entire food groups, and you generally cut a lot of calories. Moreover, there are lot of rules that are generally hard to stick to and, when you stop, you regain the lost weight. The best approach to losing weight is to stick to evidence-based recommendations for successful weight management. You do not have to follow all of the recommendations, but the more that you incorporate into your daily life, the more likely you will be successful at losing weight and keeping the weight off long-term. Pick and choose those that are right for you to customize your own weight-management routine. 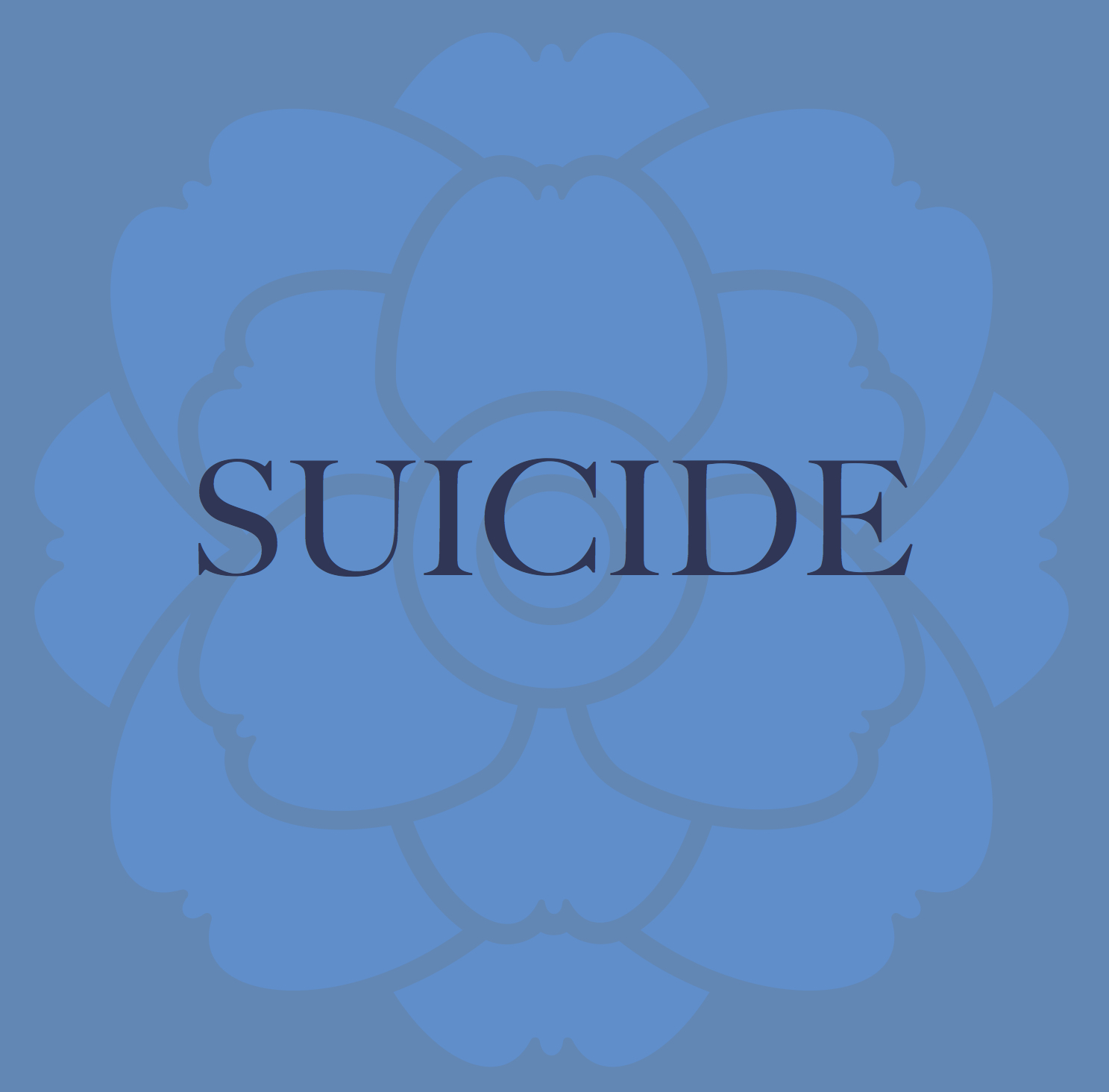 While suicide is a difficult topic to discuss, having knowledge and information about it are important to reduce the number of deaths by suicide in the United States and around the world each year. The World Health Organization reports that 800,000 people die by suicide each year worldwide while suicide is the 10th leading cause of death in the United States. Statistics reveal that women are roughly three times more likely to attempt suicide, though men are two to four times more likely to die by suicide. Compared to their male counterparts, women show higher rates of suicidal thinking, non-fatal suicidal behavior, and suicide attempts. The differences in attempts and completed suicides in women have erroneously led many people to believe that suicide attempts in women are often a method of getting attention rather than a serious risk. This is far from true. It's important to note that among women, an attempted (but failed) suicide attempt is the greatest risk factor for suicide in the future, and all suicide attempts, whether in men or in women, need to be taken very seriously. 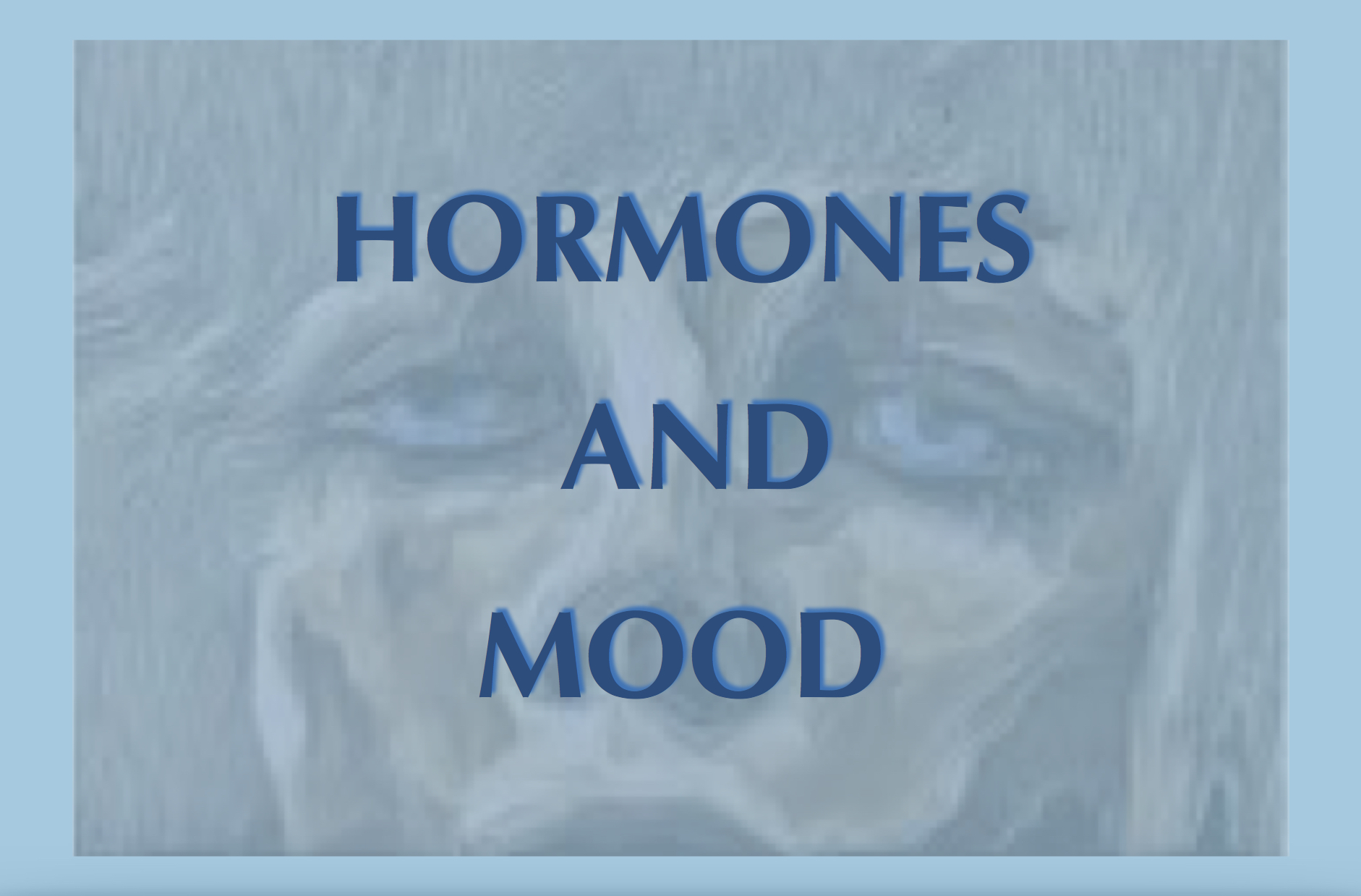 Most people experience shifts in mood in one way or another. Such shifts may be subtle or can be extreme. In most cases, it is quite normal to have days where you feel sad or days when you feel overjoyed. It’s common to experience a change in mood occasionally or to go through a short period of feeling elated or blue. But if your behavior is unpredictable for a number of days or longer, it may be a sign of something more serious. As long as mood changes do not interfere with life or cause damage to your life, they are generally considered to be healthy. So how do you know if shifts in mood are something to be concerned about or normal? 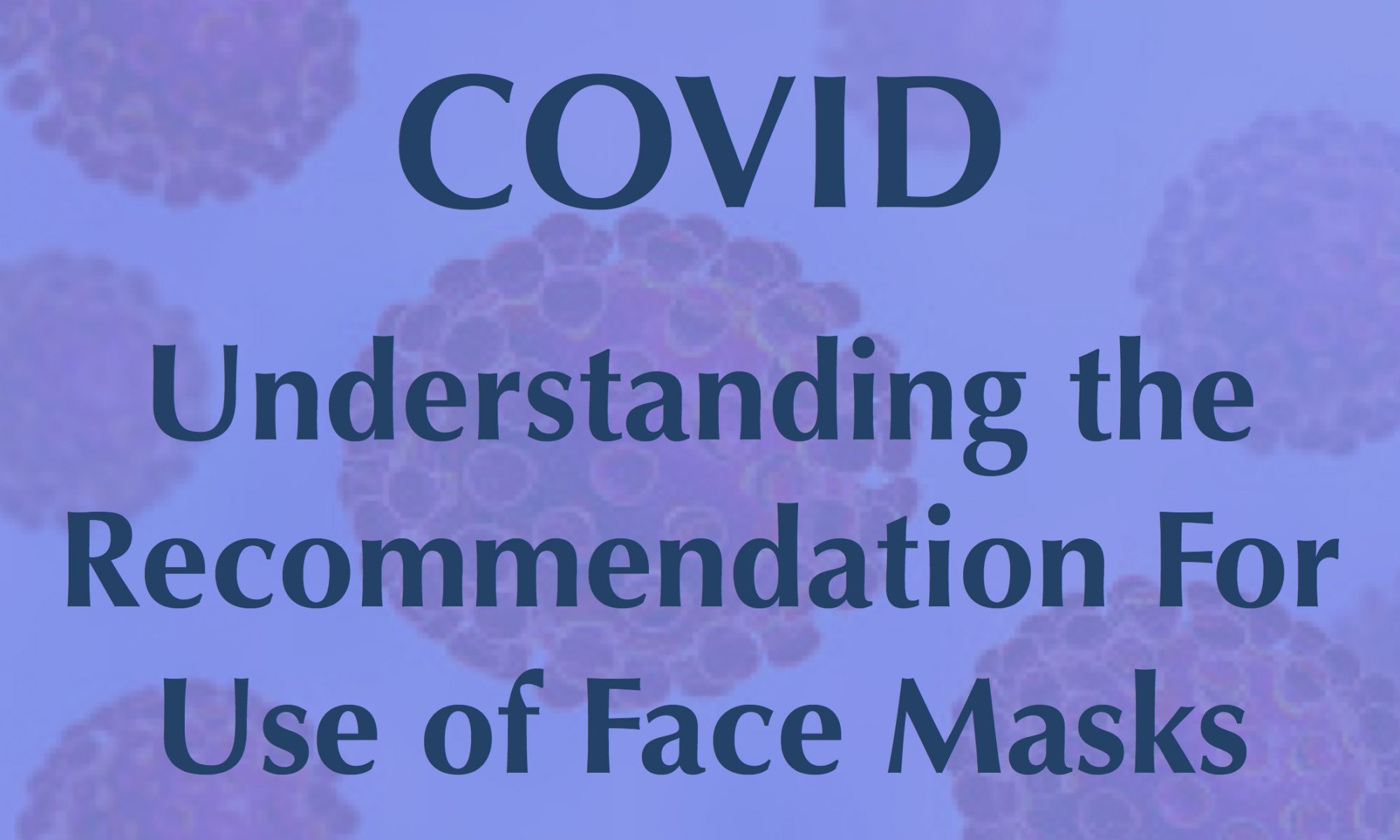 There is a tremendous amount of misinformation regarding use of face masks to decrease transmission of COVID. As with many aspects of this pandemic, mask use has become politicized. It is essential to understand that all science, including public health science, is evolving – which means information changes as data is accumulated. This means that recommendations change as new information becomes available.

Thymosin alpha-1 (TA1) is a peptide originally isolated from thymus gland and identified as the compound responsible for restoring immune function. TA1 can help prevent healthy cells from being infected by viruses as well as make viral infections more visible to the body’s immune system so infected cells can be destroyed. The main mechanism of action of TA1 is to augment T-cell function. T-cells come in two forms: natural killer cells and helper cells. 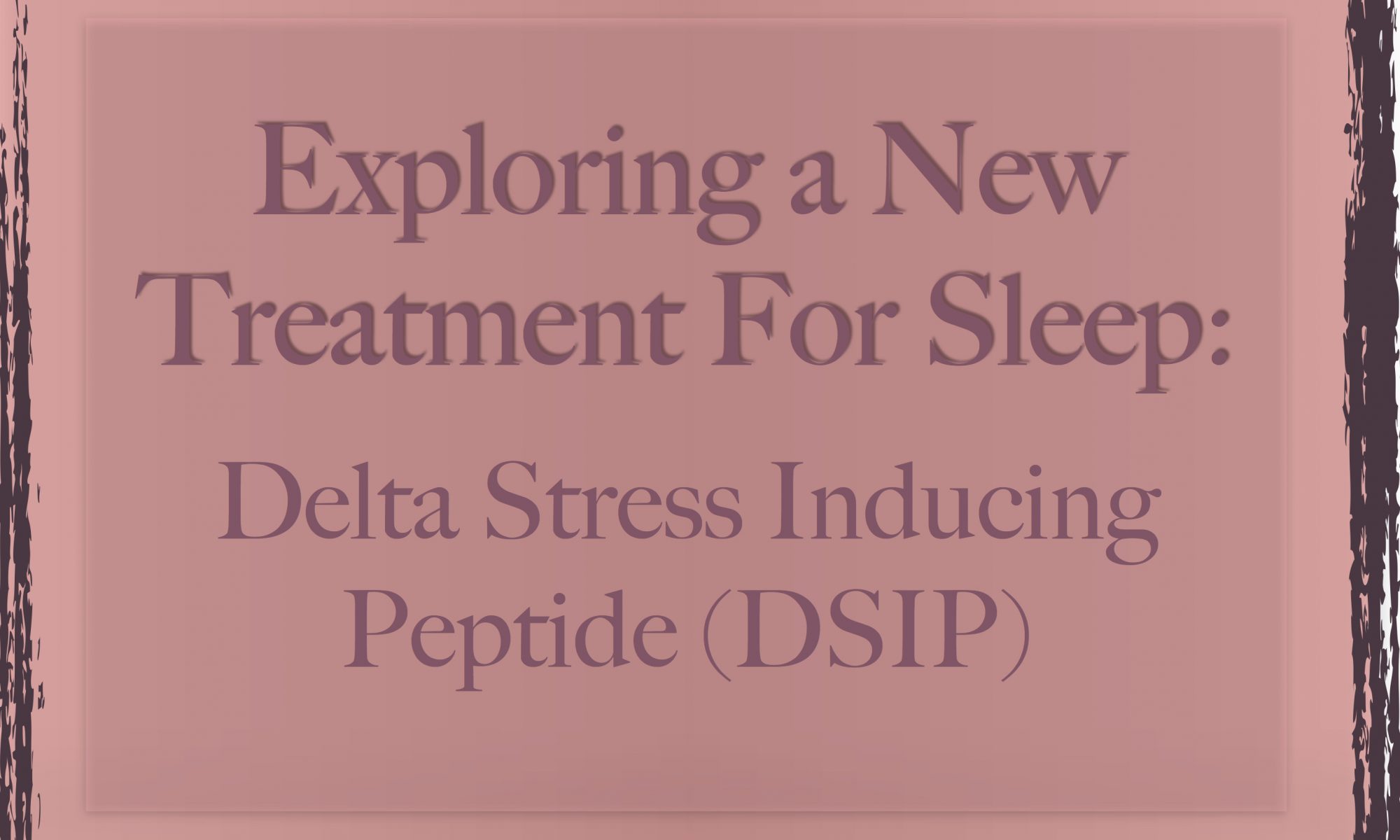 Delta-sleep-inducing peptide, abbreviated DSIP, is a neuropeptide that is believed to be involved in sleep regulation due to its ability to induce slow-wave sleep. 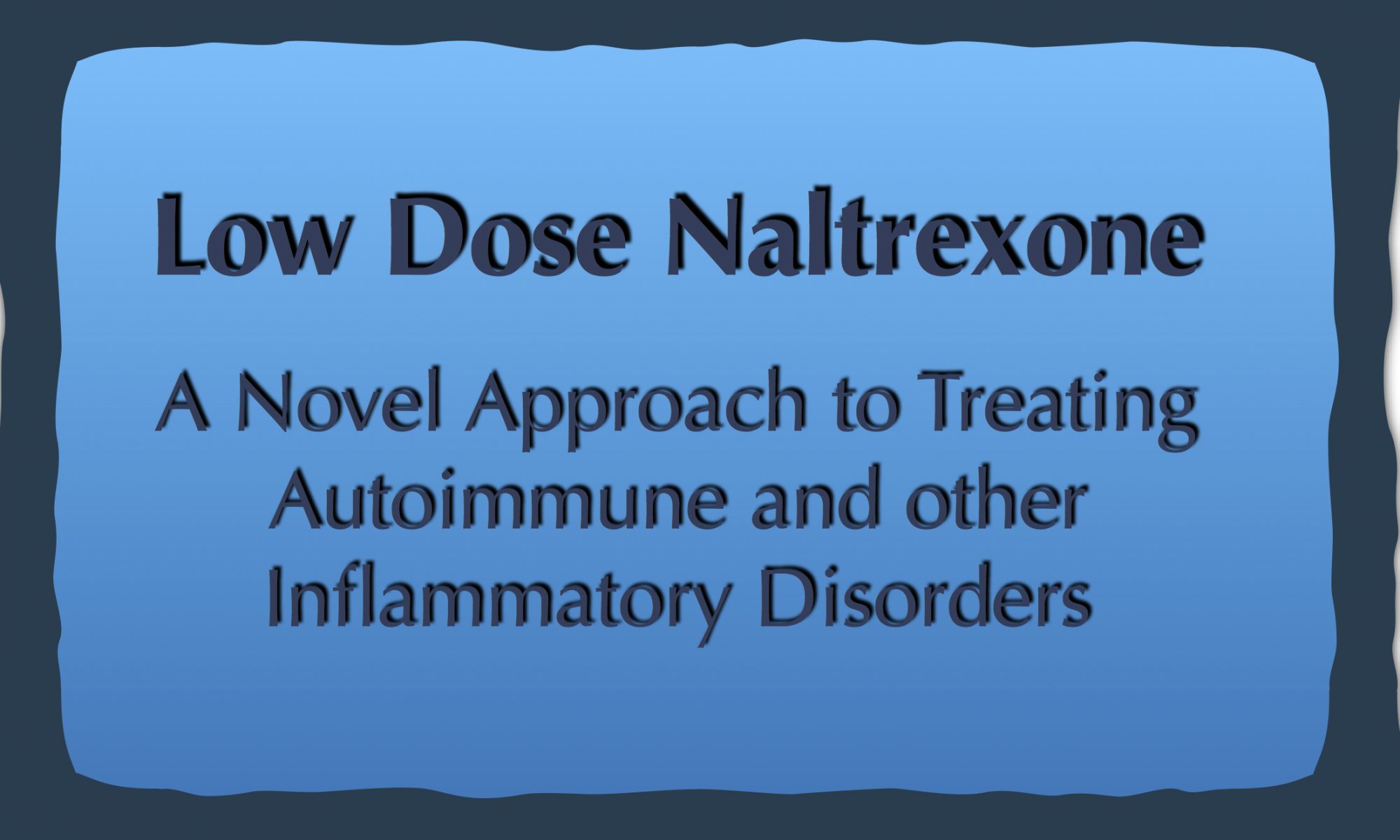 Exploring the Benefits of Low Dose Naltrexone in My Office 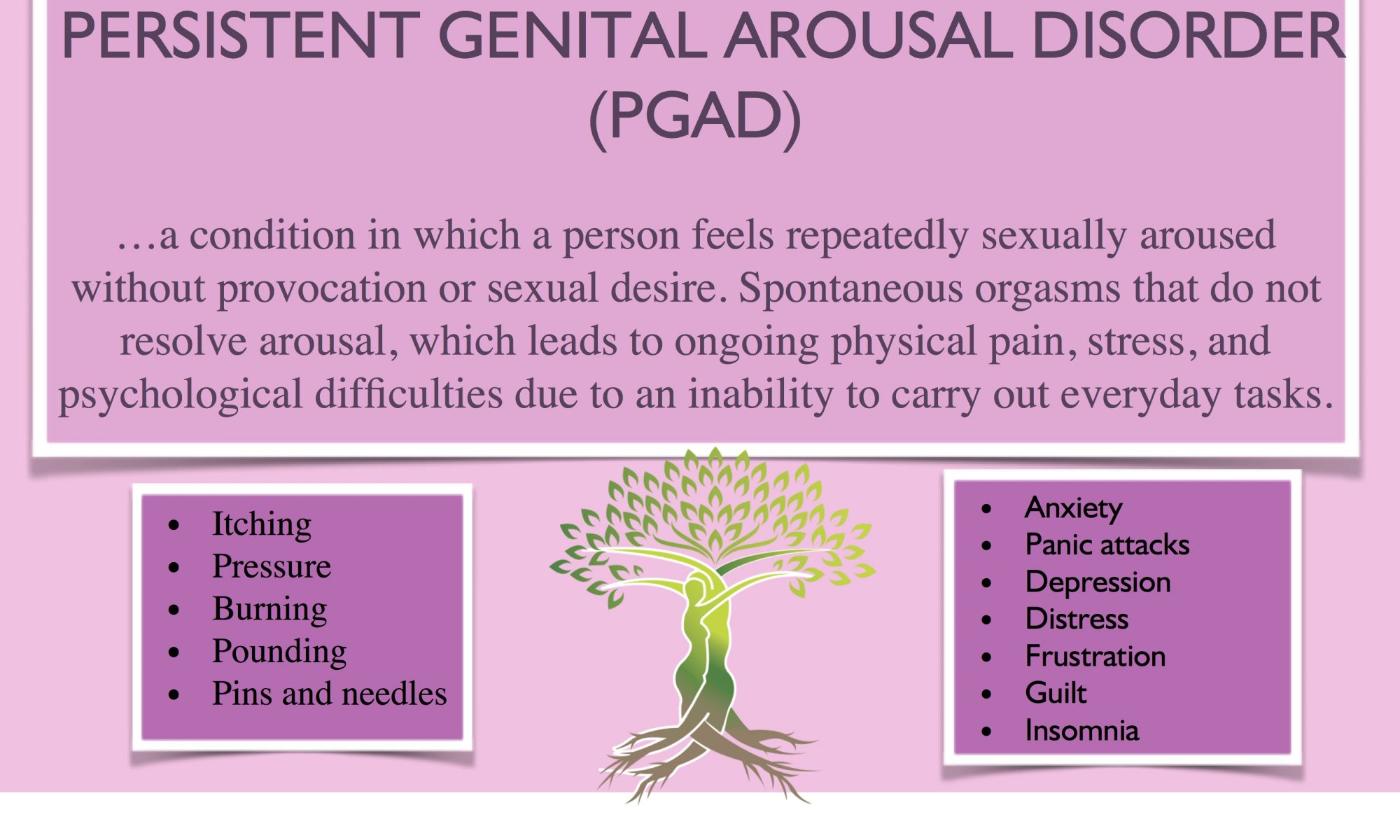 Persistent genital arousal disorder, or PGAD, is a condition in which a person feels repeatedly sexually aroused without provocation. The person’s arousal is NOT linked to sexual desire. 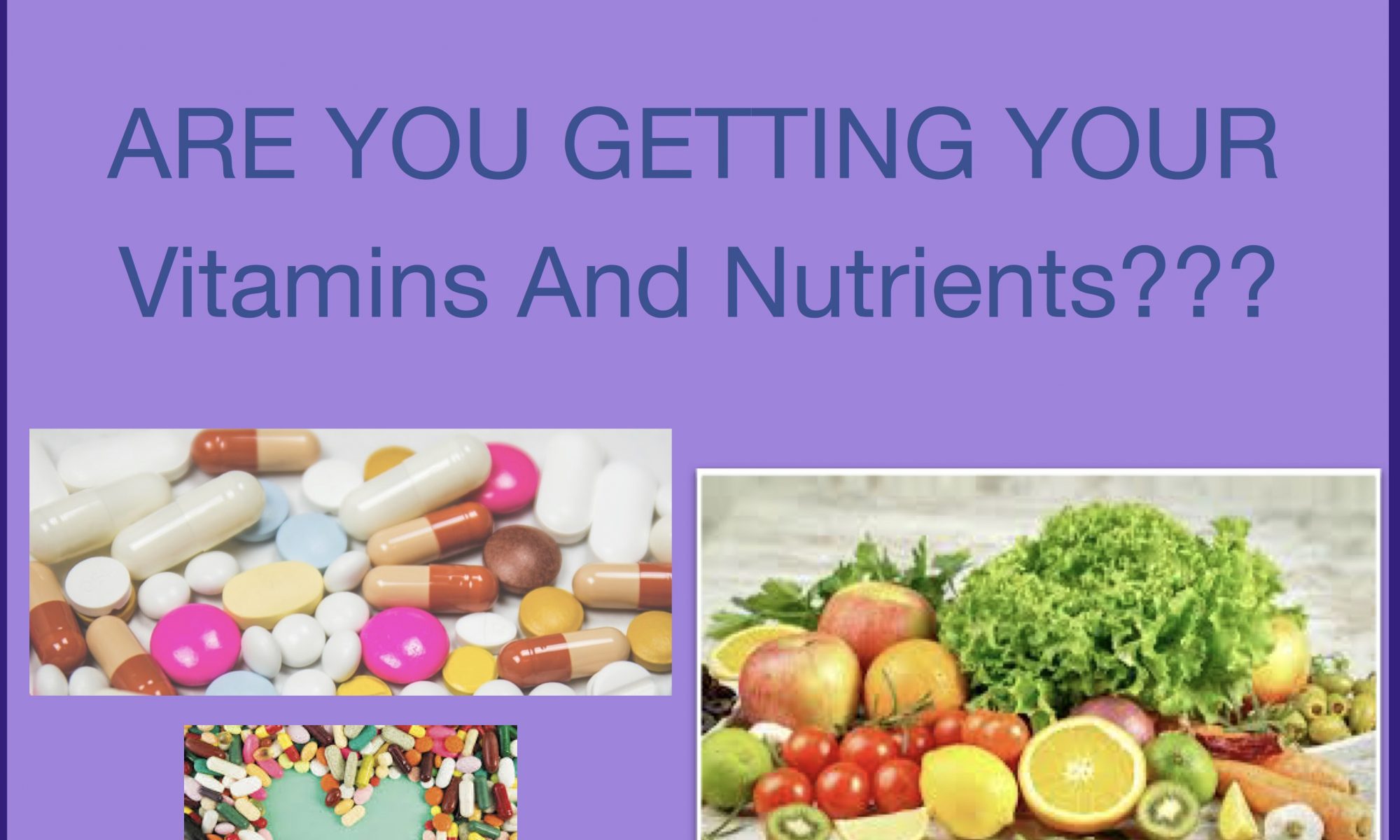 Is Your Body Giving You Clues About Vitamin & Nutrient Deficiency?

Any good medical provider will tell you to stay in tune with your body. If you notice something unusual, don’t ignore it. Some medical conditions that can be quite serious can manifest initially in subtle ways. The sooner you address whatever is going on, the more easily the problem can be remedied. Sometimes problems can be corrected through simple changes to diet or a dietary supplement. Here are few common things to look out for. 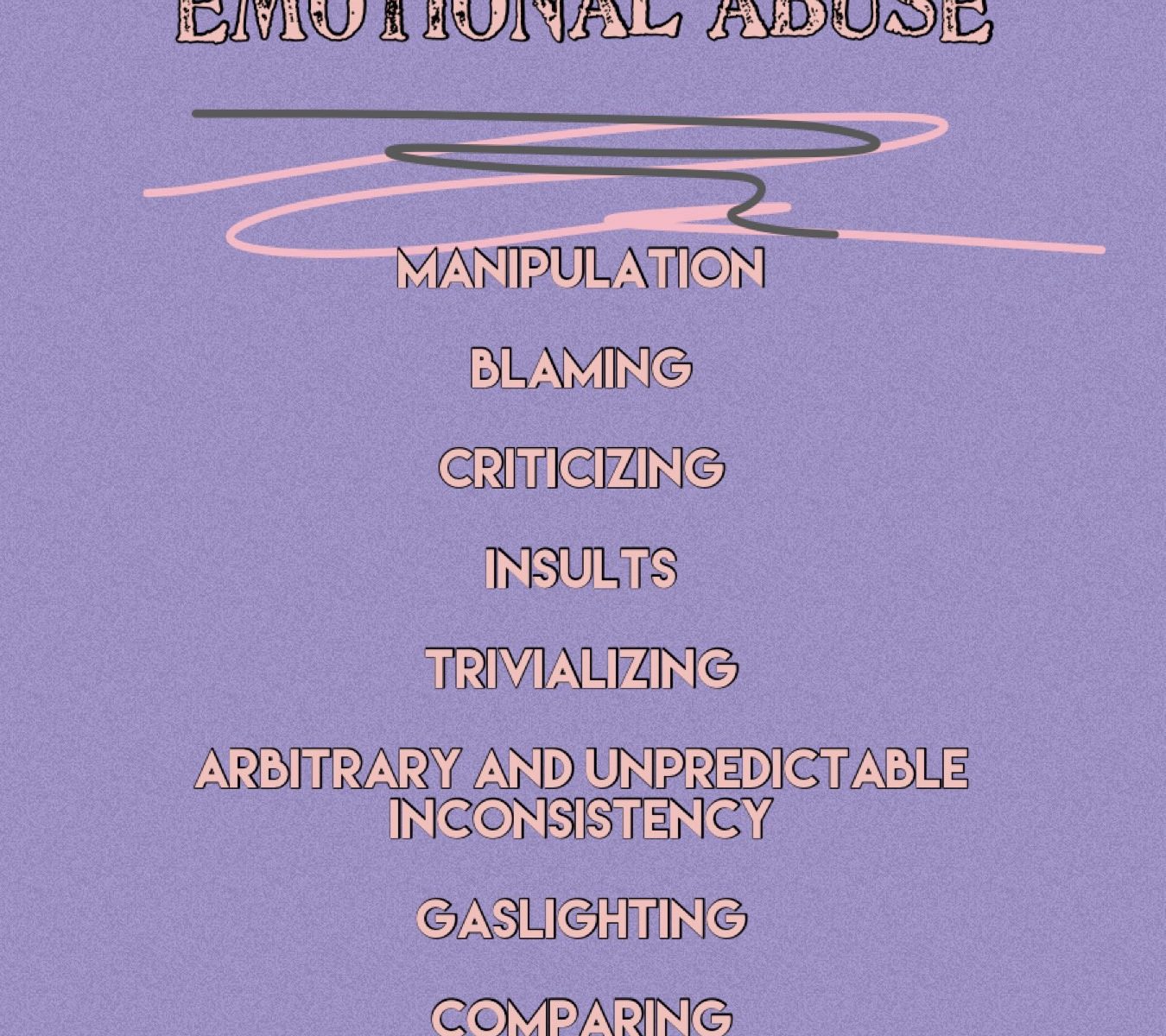 “Did it ever get physical?”This is often the first question we ask someone we know or suspect is in an unhealthy relationship. While starting a conversation about physical abuse is essential, an issue arises when it is the ONLY question we ask. Stopping short of inquiring about other forms of abuse implies that physical violence is the defining factor of an unhealthy relationship. Even worse, it conveys the message that whatever else might be going on is not that bad. This is a huge issue, because emotional abuse is as bad – and can often be worse. 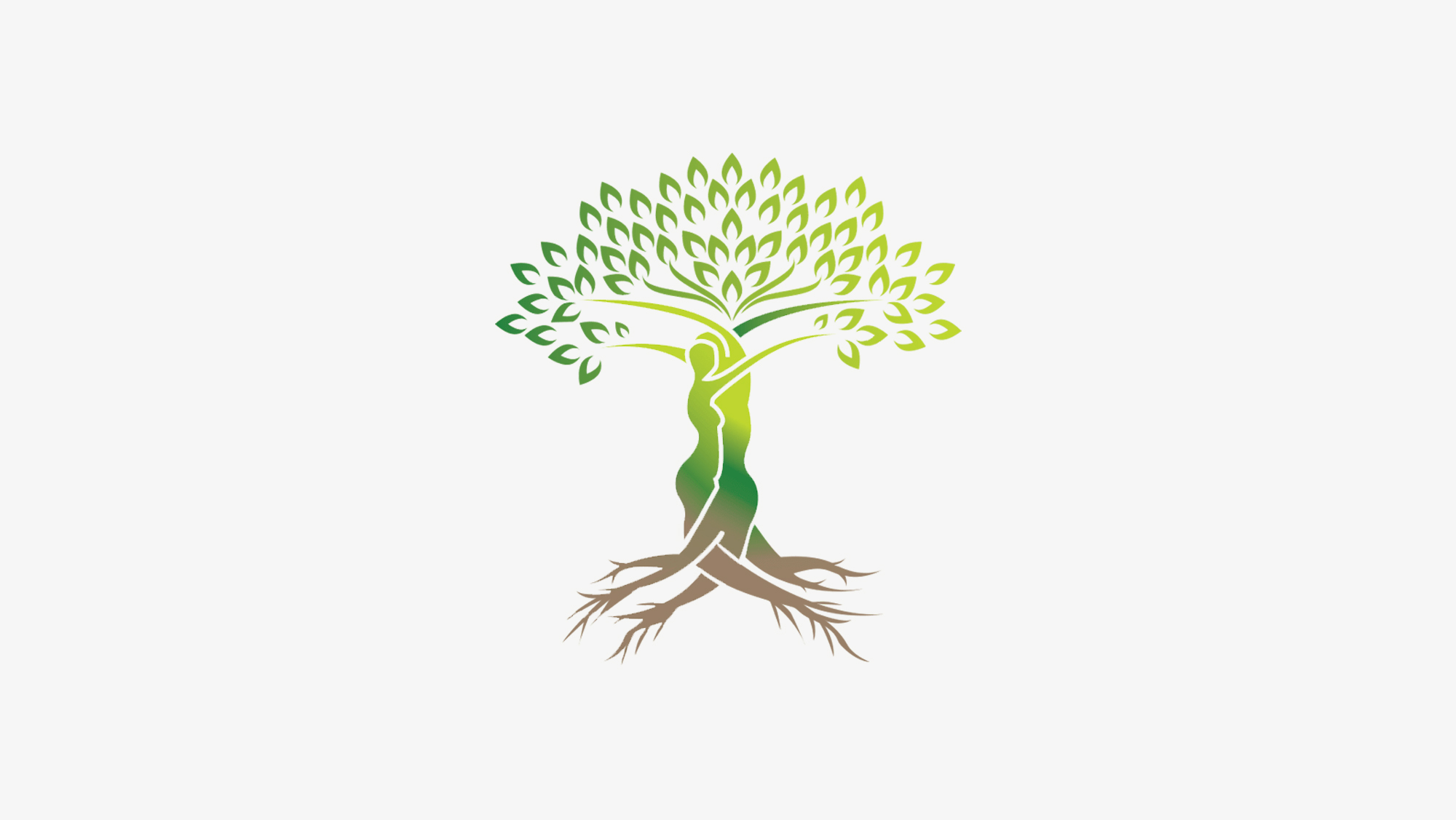 Domestic violence is a pattern of controlling behaviors that one partner uses to get power over the other. It includes: physical violence or threat of physical violence to get control, emotional or mental abuse and sexual abuse

Over the past few years I have realized that effective communication is KEY to having success in both personal and business endeavors. After a handful of failed personal relationship and just as many business snafus, it became clear that I needed to hone my communication skills. The process has been a learning experience, and I am confident that I am not even close to mastering this skill. However, each time I am able to practice what I have learned, I CAN say that I get one step closer to better communicating with the world around me.

Iodine Use With Hashimoto’s

Iodine is a building block of thyroid hormone. Without iodine, your thyroid can’t produce hormone. Sufficient iodine is necessary for optimal thyroid function. In fact, the reason we all eat ‘iodized’ salt is because of the importance of iodine in preventing thyroid dysfunction.

Is Taking DIM Right For You?

Do you struggle with unexplained weight gain, PMS symptoms, fatigue, or acne? Have you ever thought it may be related to estrogen dominance?

Sometimes certain foods can make you feel unwell, regardless if they are healthy or not. They may trigger any number of food sensitivity symptoms, such as headaches, digestive issues, joint pain or skin problems.

Hair loss can affect just your scalp or your entire body. It can be the result of heredity, hormonal changes, medical conditions or medications. Anyone can experience hair loss.

Boost Your Mood With Vitamin D

Do you get enough vitamin D? There could be many warning signs or symptoms of vitamin D deficiency in your life or of someone you know.

Low dose naltrexone (LDN) is being prescribed for autoimmune conditions by a greater number of providers.

Over the past few months, a handful of patients have asked what they can do if they have the MTHFR C677T mutation. Recommendations can vary depending on whether an individual has a heterozygous (1 copy of C677T) or a homozygous (2 copies of C677T) mutation.

Iodine Deficiency on the Rise

Iodine is an essential mineral. Your thyroid gland uses it to make thyroid hormones, which help control growth, repair damaged cells and support a healthy metabolism. Unfortunately, up to a third of people worldwide are at risk of an iodine deficiency.

Growth Hormone – Are You Deficient?

The older you are, the harder it is to lose weight. You can eat right, exercise, and cut out sweets, but the scale doesn’t budge. Why? It has a lot to do with your hormones.

Thyroid deficiency is a common disorder where there is inadequate cellular thyroid levels to meet the needs of the tissues.

MTHFR is a gene that provides the body with instructions for making a certain enzyme called methylenetetrahydrofolate reductase.

Polycystic ovarian syndrome (PCOS) is a common health problem caused by an imbalance of reproductive hormones. The hormonal imbalance creates problems in the ovaries.

What You Need To Know About Thyroid Disease

The thyroid gland is a small, gland located in the base of the neck. It plays a huge role in our body, influencing the function of many of the body’s most important organs, including the heart, brain, liver, kidneys and skin.

Diagnosing Adrenal Fatigue from a single test or symptom is very difficult. To make an accurate diagnosis, it is important to look at a range of tests, sometimes conducted multiple times, and take note of every symptom.

You’ve heard the phrase, “it runs in the family”? Whether it be an obvious family resemblance to a not-so-obvious inherited trait, much of who we are comes from our DNA.

Infertility is defined as not being able to get pregnant after at least one year of trying.

Celiac disease is an autoimmune disorder where the ingestion of gluten leads to damage in the small intestine.

An Apple A Day…

Omega-3 fatty acids are common nutritional supplements often taken in the form of fish oil or flaxseed oil. They’re classified as a polyunsaturated fat, one of the “good” fats.

The terms ‘food intolerance’ and ‘food allergy’ are often confused – although the two are completely different.