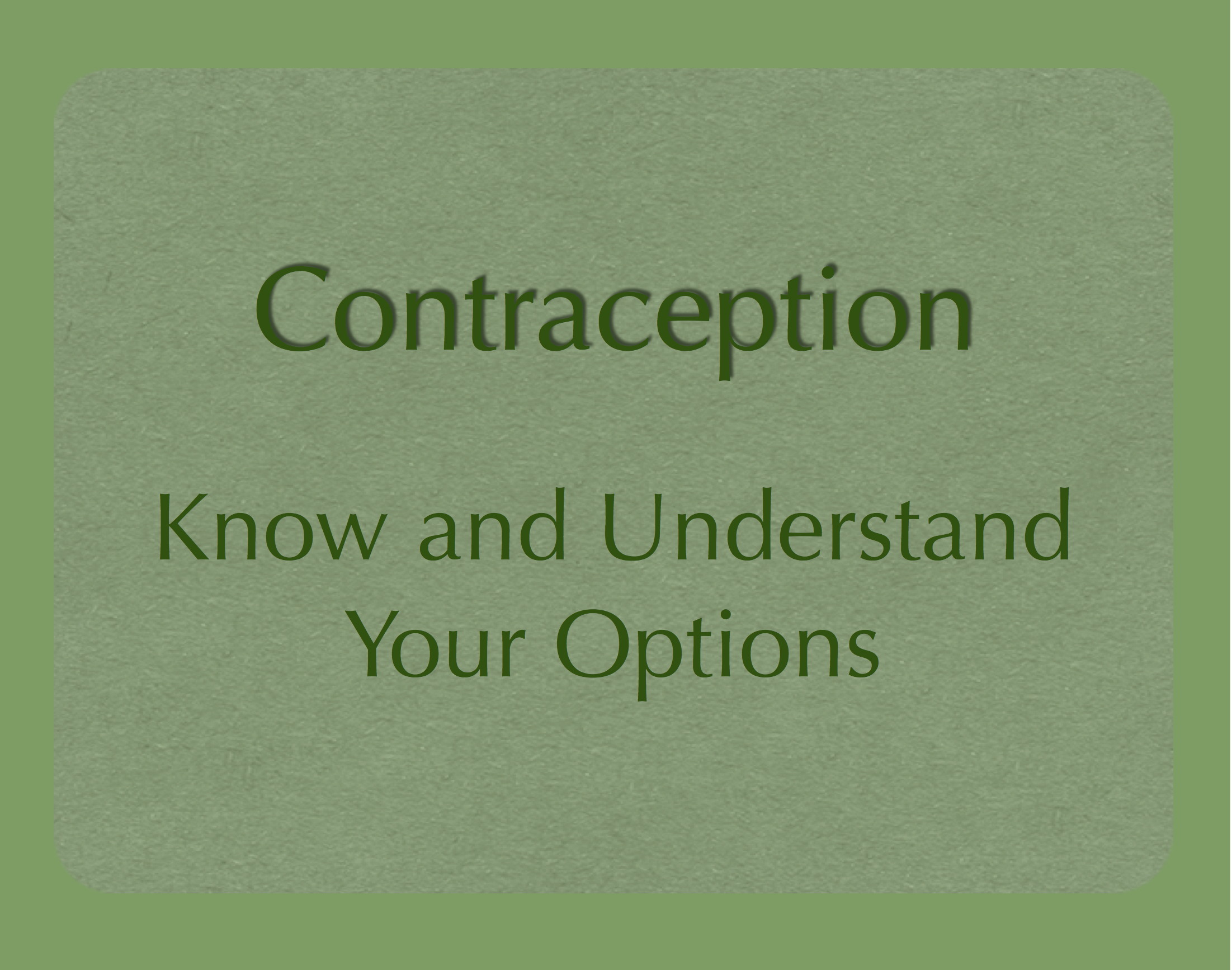 Choosing a method of birth control can be difficult. Know the options and how to pick the type of contraception that's right for you. Before choosing a birth control option, consider the following questions:

Knowing your options is definitely part of the decision process — but an honest assessment of yourself and your relationships is just as important when deciding which type of birth control is right for you. Last month I reviewed short-term options for contraception.  In addition to those short-term options, there are contraception that last weeks, months, or even years with little effort on your part - and no surgery. They are safe and effective for most women. Which one is best for you? When answering this question, consider which method you will use correctly and consistently. Find out what’s available, what is involved with its use, and how well each one works.

This is a small, T-shaped device that your doctor places inside your uterus. There are hormone-containing and hormone-free IUD’s.  An IUD can stay in place for 3 to 10 years, depending on the type you choose — but can be taken out earlier if needed. An IUD is 20 times more effective than pills, patches, or rings. Fewer than 1 in 100 women will get pregnant during their first year using the IUD.  The IUD can easily be remove it if you decide you want to get pregnant or you no longer want to use it.

Hormone-containing IUDs are plastic and release the hormone progestin. This thickens the mucus in your cervix, which keeps sperm from entering. It also thins the walls of your uterus which keeps a fertilized egg from attaching to it. There are four brands of hormone-containing IUDs available:  Kyleena, Liletta, Mirena and Skyla.   Skyla lasts for 3 years. Liletta, Kyleena and Mirena all last for 5 years. Some IUD’s can also reduce heavy menstrual bleeding up to 90% after the first 6 months. One drawback of a hormone-containing IUD for some women is getting through the first 6 months. Some women can get a lot of irregular bleeding in the beginning, which for a lot of women is not acceptable.

Copper IUDs are hormone-free. Copper works like a spermicide and prevents sperm from fertilizing an egg. Women who want a hormone-free form of contraception often choose these devices. The hormone-free IUD, though, does not have the same effect on your menstrual cycle. Although not true for all women, in general, periods may be a bit heavier and crampier with the copper IUD.  This IUD is not a good method if a woman is already having heavy or painful periods.

This is a small, thin, and flexible plastic rod that it inserted into your arm. Like a hormone-containing IUD, the implant releases progestin into your body. It works for up to 3 years, and your doctor can remove it any time before that. Also like IUD’s, implants are also 20 times more effective than pills, patches, or rings. Some women have irregular bleeding during the first 6 to 12 months. For most, periods get lighter and happen less often.

Unfortunately for some women, bleeding from while using the implant can be very unpredictable. Some women will stop having periods, but some will have quite a bit more bleeding.

This method protects against pregnancy for 3 months at a time. It uses progestin to do that. Only 1 in 100 women who get the injection every 12 weeks will get pregnant. For those who don’t get their injection on schedule, 6 out of 100 will get pregnant. Similar to other progestin methods, the injection can cause irregular bleeding during the first year. About half of women will have fewer and lighter periods after the first year. Others may have spotting or heavier, longer periods. The injection can cause bone thinning, which stops after the injection wears off. For this reason, women at risk for osteoporosis should use a different form of contraception. One thing that deters some women from getting the injection is that it requires going to a doctor’s office every 3 months to receive the injection. If you want to get pregnant within the next year, you might consider other methods of contraception because it can take 10 months or more to become fertile again after you stop the shot.

Similar to birth control pills, the patch and the ring prevent pregnancy with the hormones progestin and estrogen. You use the patch and the ring for 3 weeks, then stop for one. During this ‘week off’, you get your period. Some women, who want to stop their periods completely, don’t take a week off. Women who take the fourth week off often get lighter periods with less symptoms. You change your patch or ring on time. Nine out of 100 women who don’t use these methods as directed will get pregnant. Like the pill, the ring and patch are not recommended for women with risk factors for stroke, blood clots or heart disease, such as women over 35 who smoke.

The patch is a thin, beige, plastic sticker that you wear on your skin for a week. You replace the patch every week for 3 weeks, then typically take a week off. Some women complain that the patch falls off or irritates their skin.

The ring is small ring that you insert in your vagina, similar to a tampon. You leave it in for 3 weeks. After that, you take a week off to allow for a period.  It is possible, but rare, for the ring to fall out before it’s time to change it. If that happens, just rinse it and put it back in. If it’s broken, you should insert a new one.

The patch and the ring are not as effective as IUDs, implants, or shots. But women still choose them because they feel more in control of a method they can stop at any time without a doctor visit.